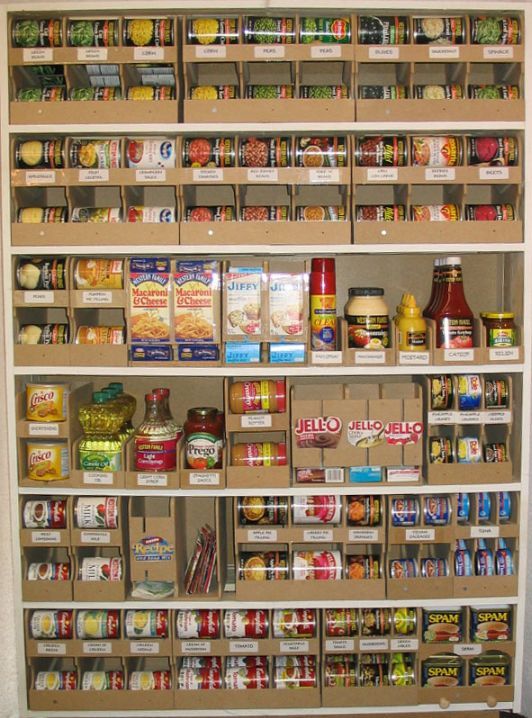 We all have our stories on how and why we got in to prepping. Mine began about seven years ago after reading One Second After, a 2009 novel by American writer William R. Forstchen. (I highly recommend this book, if you haven’t had the chance to read it!)  It is about how life changes for a small western North Carolina town following the collapse of the grid due to an EMP. As a nurse who lives in Western North Carolina, this book interested me not only for the setting, but how people with chronic illnesses would suffer and die if cut off from their medication. I also lived through Hurricane Hugo as a newlywed without electricity for two weeks and remember the difficulties back then. I will never forget running a hose from a neighbor’s house to enable us to flush our toilets, since we had no power for our well pump!

I have been a Christian all my life, with a particular interest in the interpretation of the Book of Revelation and the end of times. Not to be morbid, but the older I became, the less sense the world made to me. I began to see the trajectory of our country and modern times was away from, not toward, our Father in Heaven. Fearing for my family, and truly wanting to be able to continue to care for the sick in hard times, I decided to become a prepper. This was not without repeated rolled eyes from my husband and children. My sister even commented to my mother that she thought it was a big mistake to put all the time, effort, and money into something that would never be needed. Fortunately for me, I had a cousin who has the same fears and beliefs. We combined efforts and shared our learning of new information, along with helpful web sites to school us along the way.

I learned how to “put up” or can foods. I bought the pressure cooker and the famous Ball Blue Book of Canning and Preserving. I dedicated one day a week to canning. An immediate benefit was that I found I could can things like stew, chicken pot pie filling, and chili which would help me put dinner on the table quickly after working a twelve-hour shift at the hospital. Soon I had amassed an impressive stockpile of canned entrees, soups and sauces. I went to farmers markets at the end of the summer, when tomatoes are abundant, to buy bulk quantities of tomatoes to can my own pasta sauce and tomatoes. This is so I won’t have to buy canned tomatoes any longer (more on that debacle later).

I have always had a small garden, but rarely had success with anything other than squash, radishes, and some lettuces. My experience with plantings from seeds was a total failure. Again, I turned to the literature to learn about fertilizer, raised beds, and mulching. I tried the square foot method, the mulching with no weeding method, and container gardening. I am happy to report each year has improved just a little bit. I have learned from each year and method. What has evolved is a combination of the best lessons learned. While Iím not up to producing enough to put up, as my grandparents did, I am harvesting and consuming a lot in the summer months, and hope to start dehydrating my own surplus vegetables this year.

My thought processes led me to buy bulk canned veggies from the Big Box stores. Over two years I collected canned veggies to supply my family and a few extended members for over six months. While I purchased vegetables in cans, I began using part of my extra paycheck I got every 6 months (since I pay bills monthly from two paychecks) to purchase the more expensive freeze dried and dehydrated fruits and vegetables. I tried to focus on the more difficult items to provide at first: fruit, meat, and cooking staples.

We are fortunate to have an empty closed room in our basement under the garage. It has no windows and an earthen floor. It has one door from the general basement that is easily hidden with a metal bookshelf on wheels. With a constant cool temperature and humidity, I thought it would be the perfect hiding place for my emergency supplies. Very we assembled several wire racks to hold the canned storage items. We added to our supplies over the next two years into quite the nice emergency supply room. Due to an illness in my family and my return to school, I had a lapse of about eighteen months without checking the supplies. When I finally did check, I burst into tears.

Mold, Mildew, and Its Odors

My little storage cache had turned into a molded nightmare! My quarts of carefully canned chili and stew had rusted (I had left the rings on). The rust oxidized and caused many of the seals to rupture, spoiling the contents of the jars. My Big Box vegetable six-packs that were surrounded by cardboard were likewise rusted where the can met the cardboard packing. Anything, and I do mean anything that was cardboard was wet and molded, including some packaged boxes that held food in a plastic liner. Boxes of laundry detergent fell apart at a touch. Oatmeal and dog food were a mushy mess. My expensive cache of freeze dried and dehydrated food had labels covered in mold.

One very interesting note, however, were the canned tomatoes. When I tried to pick up a six-pack package, the entire six-pack crumbled under the slightest pressure. And the package was light, as in nothing was inside the crumbled cans! Unlike the canned beans, corn, and carrots, which may have had rust on the outside, but still held the contents, every single can of tomatoes had leaked their contents and the cans rusted from both moisture and tomato acid.

The good news is that I was able to salvage a lot. Over the next months, I was able to remove each item and hand wash it in a strong chlorine bleach solution. (Of course, I wore an N95 mask and heavy duty Platex gloves whenever in the storage room or using the chlorine bleach.) I would note the contents of the #10 can, along with the number of servings prior to cleaning, as the paper label would usually disintegrate with the cleaning. I would then use a permanent marker to label the can before placing it on new shelving in the general area of our (floored) basement. If there was any rust along the top or bottom seam of the can, I would toss it, due to concerns about a break in the can seal. Many of the canned items that never touched paper or cardboard were cleaned and shelved according to first-in-first-out dating on the can. Any paper or cardboard from the storage room was burned in our woodstove we have in the basement.

My flour, sugar, salt, and baking soda that had been stored in mylar bags inside five-gallon food grade buckets with sealed lids was thankfully not damaged. My Tupperware bins holding sealed mylar bags of food mixes was intact and without harm. Likewise, our mylar bags of red wheat and dried beans were still sealed without any mold on the outside. Interestingly, several large blocks of toilet paper was without any signs of mold or moisture and have been stacked in the general basement area. I found that plastic containers holding oil, vinegar, bleach, lard, and peanut butter had mold on the outside that was easily cleaned with bleach. The seals of the plastic containers were thankfully intact. Bags of candy such as skittles and M&Ms in plastic bags inside Tupperware bins did very well. The wrappers of the Starburst were molded and tossed. I will store those in mylar bags in the future as they are a family favorite.

We are now planning to pour a concrete floor in the closed room and paint waterproofing paint on the inside of the cinderblock. Only then will we test the interior for the growth of mold and suitability for future storage. I now have an electric de-humidifier running in the basement and connected to a drain with automatic on-off parameters programmed to considerably lower the humidity.

The naysayers in my family are now asking my advice on how to begin prepping. I advise them that, while it may be a little late to the game, every bit makes a difference! My first two hives of bees failed: one of them to mites, and the other swarmed and left after three years. I learned how to medicate bees to ward off mites. I had six hens die different ways over three years. But I’m back at it again, new bees and hens. The way I look at things, we don’t have the luxury of giving up or giving in. I am truly grateful for the opportunity to continue to grow in knowledge, experience, and self-reliance.