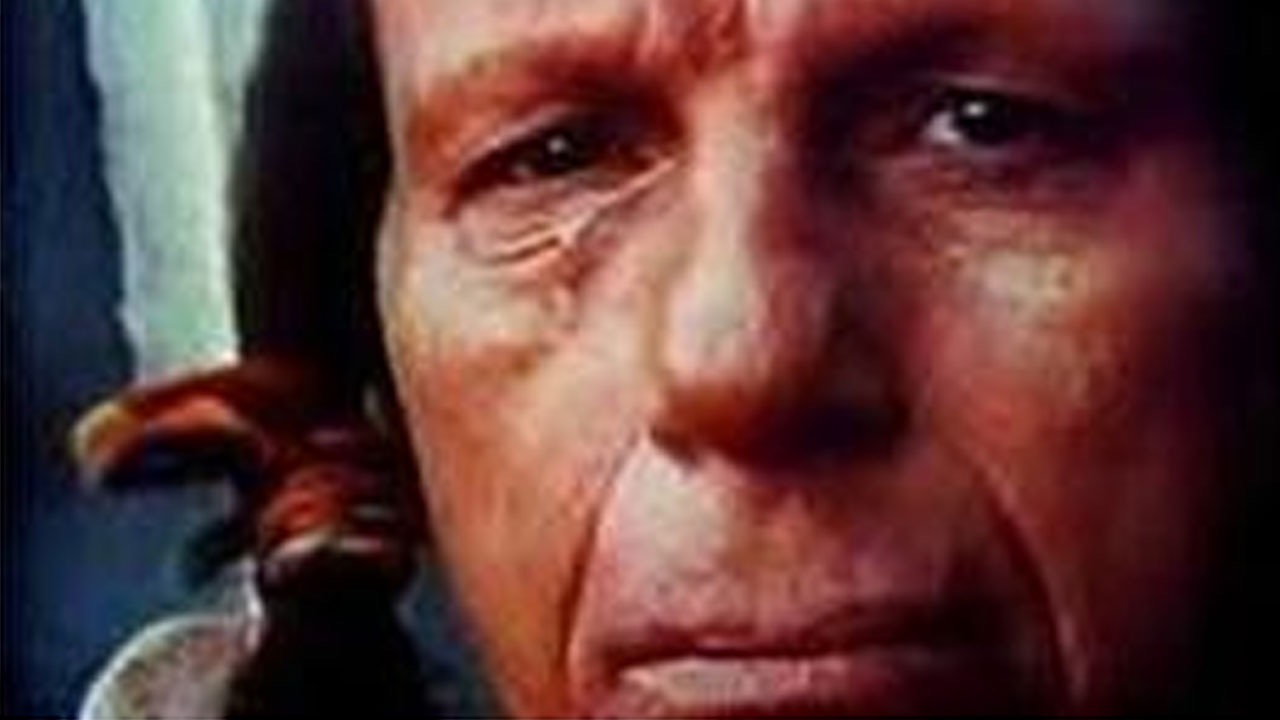 Author’s Introductory Note: I normally enjoy interacting with commenters after JWR posts one of my articles but I will state in advance that I will not be debating any of the topics discussed herein. My apologies for that. My sincere desire is that you will read this, avoid knee-jerk reactions, and ponder what I’ve said before you respond. I’m sure some of it has never crossed your mind before. So I hope that instead of forming an immediate opinion, you’d instead ruminate on this for a while and let it simmer over a cinnamon roll and some coffee. Instead of defending the same things you’ve been defending your entire life, stand back and take a fresh look at it from a different angle. That’s all I ask. I’ve probably been where you’re at right now. But some of you probably haven’t been where I am. So come on over and check out the view, you might enjoy it…

I hope to show by the end of this article that propaganda should be a neutral term in English, not the negative term that it is in the United States. I also hope to teach you a little Spanish, a little Latin, and share a few personal experiences along the way. Mostly, I hope we can all become better consumers as we travel the information highway we call the Internet. And finally, I hope we can learn to see through the propaganda to be better preppers, for what lies ahead.

If you grew up in the Sixties like many of us SurvivalBlog readers, then you should have no trouble with this fill-in-the-blank quiz:

Nobody remembers Euell Gibbons’ books but we all remember that commercial. We may not remember it was advertising Grape Nuts cereal, but we’ll never forget that many parts of pine trees are edible. And we laughed until we cried when Tim Conway did a spoof of it on the Carol Burnett show and he started eating a picnic table.

Most of us can fill in all these blanks because television and radio commercials are very effective ways of advertising products which companies want us to buy. Even though 50+ years have passed, we can still remember the pervasive little jingles that accompanied some of these commercials as well.

Back in my college days, I had the good fortune to spend a few years living under a military dictatorship in South America. While I quickly grew tired of the demands to see my identification papers (“¡Documentos!”), out of necessity I quickly became fluent in Spanish. I was supremely entertained, to the point of laughing out loud, when I first heard the Spanish word for advertisement or television commercial: “la propaganda.”

For all my preceding life, “propaganda” had meant something evil and sinister, a terrible thing totalitarian governments like the USSR and Red China did to their unsuspecting citizenry. Propaganda was something that went on behind the Iron Curtain. How could these dumb Latinos not realize that and be using it for something as common and everyday as their television and radio commercials? As it turned out, the only dumb greenhorn in the room was the Americano kid who hadn’t been out in the world before. Me.

The Roots of the Word

“Propaganda” comes from the same root word as “propagate,” a term gardeners are familiar with, meaning to multiply and spread. Propaganda has the same purpose: to cause information to multiply and spread. Throughout most of its history the English word “propaganda” has been a neutral word not associated with the negative connotations it carries today. In Spanish, as I pointed out, it’s still a neutral word. Whether trying to sell Bounty paper towels as the quicker-picker-upper, or convince the public that the chocolate ration has been increased when in fact it’s just been reduced, the end goal is the same: propagate an idea and try to sell it to the public. If we can keep this important fact in mind, that propaganda is just advertising, it will help prevent us from becoming emotional, help us face the truth, and will be to our great advantage.

Nobody took offense, and some may have even chuckled, when I mentioned that after 50 years, we can still remember all the 1960s television commercial jingles. Nobody would be insulted if I said that we’re all susceptible to advertising. Businessmen and salesmen understood human psychology long before baby Freud figured out how to escape from his playpen. They know which buttons to push, which emotions to engage, and which jingles work best to keep their products foremost in our minds when we’re at the store making buying decisions.

Propaganda, on the other hand, is a very offensive word in contemporary American society. It didn’t used to be that way, so why the change? The answer is quite simple.

As long as propaganda is a negative term and something that “commies,” and dictators do to their people, it keeps us in denial, making it much harder for the American people to accept that it could happen here at home. I can remember sitting in elementary school learning about it for the first time, thinking how wonderful it was to live in a free country where that sort of thing didn’t happen.

But every organization, without exception, has ideas they wish to propagate and share with others. That’s why churches send out missionaries. It’s why businesses, politicians, and governments hire advertisers. And what is advertising? According to our Latino friends, it’s propaganda.

So I would propose to you, that you and I are just as susceptible to propaganda as we are to any other form of advertising since they are one and the same. Propaganda uses the same psychology, pushes the same buttons, engages the same emotions, and uses catchy jingles to appeal to those portions of our brains which the propagandists feel need altering. But since “propaganda” is a negative term in English, we fight against the idea that we are susceptible to it. We adamantly declare that we don’t fall for propaganda, we’re far too intelligent for that. And besides, it doesn’t happen here, it only happens in countries with totalitarian governments. The sheer irony is, by making “propaganda” a negative term, propagandists actually succeed in making their victims more susceptible to it than they’d otherwise be if it remained a neutral term. But again, propaganda = advertising and we’re all susceptible to it. You included.

Anybody from my generation knows if you want the absolute best steak on the planet, it’s gotta be a piece of CORN-fed beef! We heard that on television for so long during the 60’s and 70’s that nobody questioned it until not too many years ago. Most Americans are so far removed from the land that we never realized Old World bovines aren’t designed to eat grain, especially New World corn.

And a Little Latin

Now for the Latin lesson. It would serve us well to learn the Latin term “Cui bono?” and to be asking it frequently in our everyday lives as we read and ponder the news and other things we research on the internet. It simply means, “Who benefits?”

So if cattle aren’t designed to eat corn, then who benefits when they do? Monsanto. To the tune of billions of dollars. I’ll let you research the details on your own. Through years of advertising, we were all led to believe that corn-fed beef was the best meat you could consume. None of us questioned it, we just accepted it, looked for it in stores, demanded it in restaurants, and never dreamed that large corporations like Monsanto were ultimately behind it all. Again, propaganda is nothing more than good advertising and we’re all susceptible to it. Especially when it tastes so good, charcoal-broiled, medium rare!

I’m writing this on Easter Sunday. Many of you read the wonderful article in SurvivalBlog, “Healthy Livestock for Self-Sufficiency,” by Brad N. One of the more enlightening portions of his article stated the following:

“The more closely we mimic nature, the fewer problems we have. This is most easily seen with the time chosen for when our babies are born… If God has the wild animals giving birth in May and June, …there is a good reason why. The majority of cattle producers in our area calve in February and March. Sheep and Goat producers have their lambs and kids born in December and January. I have yet to see a newborn baby come out with a winter coat on! The amount of labor and resources necessary to keep these little ones alive are unsustainable now and nearly impossible in a TEOTWAWKI situation.”

The first question that crossed my mind as I read that was, “So why the heck would all those other folks have their babies born in the wintertime?” And when you ask the question, “cui bono?” Brad answers it two paragraphs later:

“Cold rains and muddy conditions in March and April are the perfect recipe for pneumonia, scours, and navel infections. Many articles are written and products pushed to help producers deal with these. Calving in sync with nature nearly eliminates all of these problems and it doesn’t cost anything!”

“Many articles are written and products pushed,” is another way of saying that advertisers come to the “rescue” and “save the day” by selling their products and making money off the victims of propaganda who they taught to calve in the middle of the winter to begin with. If there’s one thing that money-making corporations hate, it’s Brad’s solution that “doesn’t cost anything.” Volumes could be written on how Big Agriculture has destroyed not only small family farms through their propaganda campaigns, but has endangered our national food chain as well.

On rare occasions propaganda can be a good thing. Who van ever forget that television commercial with the famous American Indian Iron Eyes Cody with a feather in his hair standing by the side of the road, when a sack full of garbage tossed out the car window comes skidding to rest at his feet? He looks into the camera with a big tear rolling down his cheek. Gulp. Nobody from my generation could toss so much as a straw wrapper out the window if you gave us a freshly minted $100 bill to do so. That’s how powerful propaganda can be. By tugging at our emotions, in this case, guilt, and empathy for the old Native American chief, we quickly changed our ways and America became a much cleaner place almost overnight. “Keep America Beautiful,” was the new idea propagated and spread throughout the land.

(To be continued tomorrow, in Part 2.)