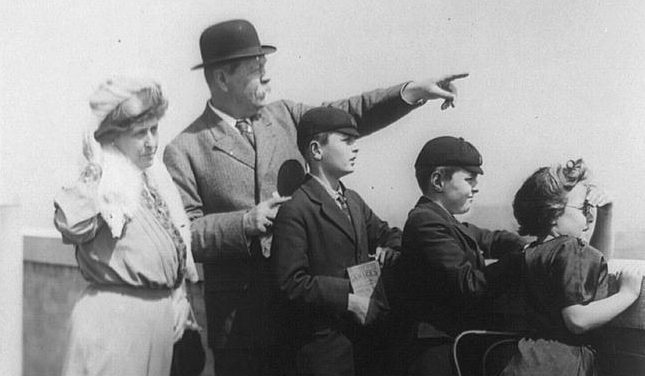 May 22, 1859 is the birthday of Sir Arthur Conan Doyle, the creator of Sherlock Holmes.

After medical school, Doyle moved to London, where his slow medical practice left him ample free time to write. His first Sherlock Holmes story, A Study in Scarlet, was published in Beeton’s Christmas Annual in 1887. Starting in 1891, a series of Holmes stories appeared in The Strand magazine. Holmes enabled Doyle to leave his medical practice in 1891 and devote himself to writing, but the author soon grew weary of his creation. In The Final Problem, he killed off both Holmes and his nemesis, Dr. Moriarty, only to resuscitate Holmes later due to popular demand. In 1902, Doyle was knighted for his work with a field hospital in South Africa. In addition to dozens of Sherlock Holmes stories and several novels, Doyle wrote history, pursued whaling, and engaged in many adventures and athletic endeavors. He died in 1930.

The War of the Roses began on May 22, 1455. From History.com’s description: ” In the opening battle of England’s War of the Roses, the Yorkists defeat King Henry VI’s Lancastrian forces at St. Albans, 20 miles northwest of London. Many Lancastrian nobles perished, including Edmund Beaufort, the duke of Somerset, and the king was forced to submit to the rule of his cousin, Richard of York. The dynastic struggle between the House of York, whose badge was a white rose, and the House of Lancaster, later associated with a red rose, would stretch on for 30 years.

Both families, closely related, claimed the throne through descent from the sons of Edward III, the king of England from 1327 to 1377. The first Lancastrian king was Henry IV in 1399, and rebellion and lawlessness were rife during his reign. His son, Henry V, was more successful and won major victories in the Hundred Years War against France. His son and successor, Henry VI, had few kingly qualities and lost most of the French land his father had conquered. At home, chaos prevailed and lords with private armies challenged Henry VI’s authority. At times, his ambitious queen, Margaret of Anjou, effectively controlled the crown.”

Today we present another entry for Round 88 of the SurvivalBlog non-fiction writing contest. The prizes for this round include:

Round 88 ends on May 31st, so get busy writing and e-mail us your entry. Remember that there is a 1,500-word minimum, and that articles on practical “how to” skills for survival have an advantage in the judging.