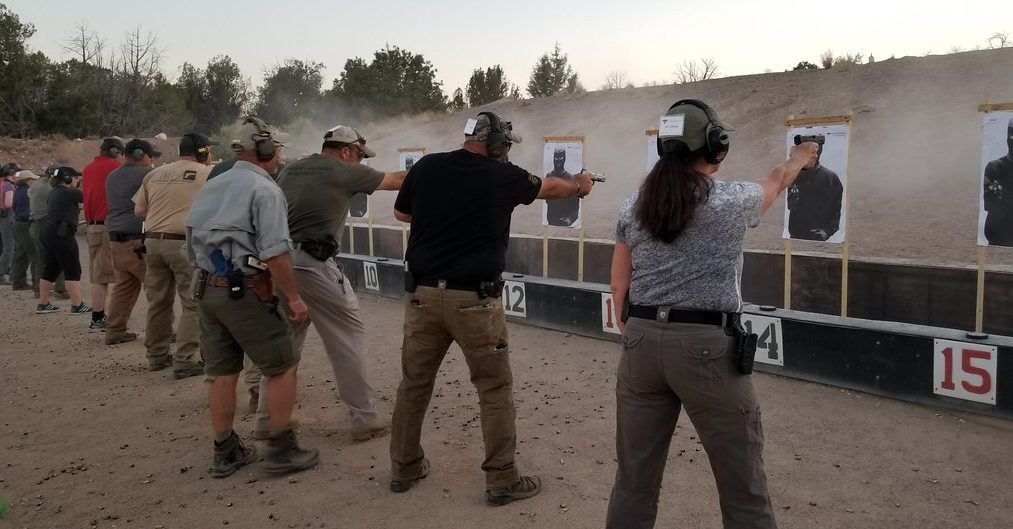 I’m a semi-prepper. I’d like to give you my background and where we are today.  I’ll discuss water, food, firearms, family, and other issues.

We came to the United States when I was 6-1/2 years old in 1952. We came from Great Britain, but we’re ethnically Southern Irish. My mother was bombed out of her apartment in London and my father was with the RAF in WWII. Both of them made the distinction between the German people and the Nazis. My father said more than once that with different leaders, Great Britain and the United States could have easily been like Nazi Germany and/or Stalinist Russia (sound familiar today?). After WWII, Great Britain was rationing some items up to sometime in 1954 (Britain was not in the Marshal Plan so did not receive any of its benefits, though it bothered my mother that we were still on rationing while Germany and Italy were no longer because of the food the US sent to Europe after WWII.) My father came to the US a year earlier than we and worked to afford the passage for us by boat. He was a journeyman tool and die maker. He had to prove he could support his family before we could enter the US.

My parents were very religious and passed that onto us. I believe with proper preparation, critical thinking and trust in the Lord we will be as well prepared as we can for the coming financial collapse and other eventualities. I honestly believe a financial collapse is coming, the Federal Reserve and Treasury are “printing” too much money. With this pandemic and the questionable government procedures, I’ve been forced to change our plans several times over the last several months.

I was taught (in a suburb near Buffalo, New York) in the 1950’s and early 1960s by teachers who had been through WWII and/or the Korean War, including combat veterans and ladies who had military husbands or had lost someone in the war. They were warm and caring, up to a point. I believe I got the very best high school education in America at that time.

My parents had integrity. Once when I was walking with traffic (as opposed to against it, which I should have been doing) I was struck from behind by a pickup truck. The driver took me home and was very concerned and offered to take me to the hospital and pay for x-rays. When my father found out it was my fault, he told him no. Another time he and my mother were hit in their car by a cement truck. The company had a lawyer come over and made him a financial offer. He said no, his insurance would take care of it, it was an accident, and they were just really sore and achy. I asked for a car when I was 16, my father said tell the banker how much your part-time after school pays and get a loan from the bank. The banker was kind and proved to me there was no chance I was getting a loan. My father and mother were exemplary working people as were many people in the ’50s and ’60s. I worked for everything I got; my parents felt if I didn’t earn it I would not appreciate it.

I went through college on a scholarship; I became a citizen (as did my family) in 1964 because the scholarship required citizenship. It never occurred to us to get citizenship before that. I obtained an engineering degree and left for California to a draft-deferred job in 1969. Though I felt the Vietnam War was wrong, (I was so grateful to America for allowing us to immigrate, at the time I felt “my country, right or wrong”. At the present, I no longer believe that). I volunteered for the Army in 1969, eventually was selected for Officer Candidate School, but never went to Vietnam, as I was no longer needed for the war, when my turn came.

At that time it was dawning on me that the news and government would not always be reliable, I had to think and fend for myself, which I learned from my parents and teachers. Critical thinking was drummed into my head by my parents, they didn’t have a label for it but they were experts at critical thinking.

We currently live near a large metropolitan city in the southeast, in the suburbs in a mixed age neighborhood with middle class people.

LIVING IN THE SUBURBS:

Since we live in the suburbs, we don’t farm, nor will we try. [This has changed: we are now getting seeds and reading how to prepare a “Victory Garden”.] We are not planning to bug out, we are too old but just in case we have bug out backpacks and an essentials list which I keep up to date. The mountains are 2 to 3 hours away, we have relatives who live there and would be welcome. We have no health issues (other than my asthma) as I’m in my mid 70’s and my wife is in her late 60’s.   I’ve talked to some trustworthy neighbors and it appears they are of like minds in terms of what I’m discussing here. In addition our children and grandchildren are in the area, but we are going to be flexible, no plans are set in stone.

I no longer trust any level of government or large institutions to be fair or treat us honestly. Think of the recent government failures: Financial collapse of 2008 (have you noticed that every 10 years or so we have a collapse of some time in the financial world?), the State and Federal response to Katrina (including seizure of firearms), Puerto Rico problems, Columbine school shooting, some records are sealed until 2019, why?, Broward County Sheriffs department response to the high school shooting (both before, during and after the event), there are many other examples.

Speaking of trust, I would recommend waiting to get the Wuhan vaccine. Like the arthritis medicine Vioxx which caused too many heart attacks (88,000) people died needlessly from its’ use and Merck Pharmaceutical paid out over $4.85 billion dollars in settlements and it was recalled, the real testing will occur on the general population, not test subjects. They are still in business so it must have been profitable to kill almost 100,000 people.

The Wuhan vaccine will be rushed into production. Guess what happens when you rush to solve a problem of any kind?

The government and pharmaceutical companies have been working on the flu vaccine since forever and the first vaccines were used to vaccinate troops during WWII.

For more information go to:

Only you or your physician can determine if you get the vaccine but take a look at these pages on the CDC website:

I’m not a statistician but have a rudimentary knowledge of statistics. Their sample size appears substantially low. Take a look at the small sample used to determine these numbers….out of a population of over 350,000,000 people.

Flu vaccines are rarely effective up to 50% and many times lower than 15%. Is there a benefit to the government or Big Pharma to show effective vaccines?

These shutdowns are creating other problems and I am concerned they will drive us into dramatic inflation/depression similar to where in Germany as the depression picked up steam, a wheel barrow of money could buy a loaf of bread.

BACK FROM THE DIGRESSION:

The following discuss our preparations with some changes as I’ve been writing this on and off for a month:

I’ve always enjoyed firearms and have always kept cash and extra food, just in case (not a lot more but some, when the financial crisis of 2008 happened, we started stockpiling more). We have some spare firearms, plenty of ammunition, so do our children. I always carry a firearm, (Springfield XD) including home carry, there’s another story there for another time. The XD does have a grip safety, which I recommend.

I used to participate in IDPA (International Defensive Pistol Association) and IPSC (International Practical Shooting Confederation). That’s where I learned about moving targets and maneuvering. I’ve found I’m too busy right now to participate. Someone running across (from left to right) you at 7 mph will cover 10.2 feet in one second, if they are doing the same at 3.5 mph, they will cover 5.1 feet. Thus the moving target has to be led. It’s similar if you’re moving and they are stationary. It gets very difficult if you and your target are moving in opposite directions. Thus the need for practice. This is how I learned why Bruce Willis rarely gets shot in his movies.

I absolutely recommend both IDPA and IPSC if you are serious about using and/or carrying a pistol for protection. I found them to be very useful (most shooters at these events will offer great advice). I usually score in the bottom one third. My times are slow, thus reducing my scores but I feel it’s more important to shoot straight than put out many bullets. I shoot defensive ammunition at 5, 10, 25 and 150 yards (with a pistol), aim small, hit small. I only use defensive ammunition for practice and carry, it’s expensive but there is a difference between target and self defense ammunition at longer distances. You’re hurting yourself if all you do is go to an indoor range and shoot at a stationary target. You learn more by moving and having a target move. Thus I drive over an hour to an outdoor range that includes pistol, shotgun and ranges. The range is really on a farm and few people are there during the week. I recommend not going to a range on the weekends or holidays. There are too many people who are careless; additionally the range I go to has no range officer.

(To be concluded tomorrow, in Part 2.)