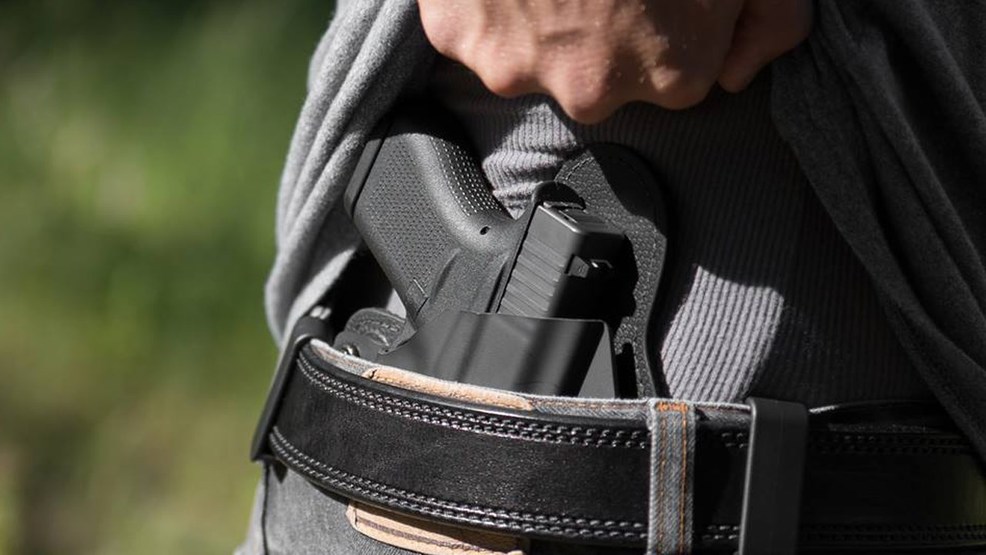 I often hear comments from SurvivalBlog readers with conflicting views on concealed carry versus open carry of firearms.  Some claim that concealed carry is “the only way to carry” and that carrying openly makes you a target. But others say that open carry acts as a visible deterrent to crime.  My position is that both are apropos at different places and at different times.  So I believe that you should both train and acquire the right holsters and slings, to be ready for either, as the situation arises. In recent weeks, open carry whilst wearing a Hawaiian shirt has become popular. The shirt serves as a quick identifier, to differentiate open carriers from any black-shirted Antifa types.

It is noteworthy that armed citizens have showed up, at many Black Lives Matter protests, just to make sure that they don’t devolve into rioting, arson, and looting. This is confirmation that an armed society is indeed a polite society. I commend the folks who have done so. Just be sure to reassure the protestors: “We aren’t here to intimidate you. We are here to protect you, and your freedom to speak out.”

We must remember that the Right to Keep and Bear Arms (RKBA) pre-dates the Constitution.  The Constitution’s declaration of that right is not granting that right. It merely assures that this antecedent right will continue to be protected. And the Constitution makes no differentiation between bearing arms openly, or concealed, on foot, or horseback, in a private conveyance, or in a public conveyance, in the confines of a town, or out in the hinterlands, nor does it delimit that right to  private property versus out in public. It implies that all are protected, because that was clearly the intent of the Founding Fathers.

One thing that is not apparent to many observers and even news reporters is the importance of an uninterrupted continuity of the RKBA, with no strings attached. This means circumstances, and “emergencies”, or simply lack of popularity cannot be used as excuses to deny a right. Nor can any “license”  or “permit” be added.  I’ve said this before, and I’ll say it again: Whenever someone must buy a license or pay a fee to exercise a right, then it is something less than a right. It is in fact a mere privilege, subject to the whim of petty bureaucrats. Fundamental rights are not abstract tokens that are given or sold by other men. They are in fact primary liberties bestowed upon us by God, our maker. Rights are not substantially secured by asking, “Mother may I?” of any government agency. Rights are more properly demanded or boldly seized and then conspicuously exercised regularly. This secures the liberties that have legitimately belonged to us since birth. If need be, lost rights can and must be restored through proscriptive use. If you live in a land where your rights have been marginalized into privileges, then it is either time to change your government, or to change your address. Much like a muscle that atrophies with disuse, any right that goes unexercised for many years devolves into a privilege, and eventually can even be redefined as a crime.

With rights come responsibilities. So it is important that  If you choose to exercise your RKBA, that you do so in a responsible way that carries the right message, and that keeps your gun in responsible hands. If are going to carry concealed, then keep you gun fully concealed. If the outline of your pistol is “printing” through your clothes, then you might as well have a flashing sign that says “Concealed Carrier!”

If you are going to carry openly, then you need to be vigilant about controlling your weapon. If you get tackled and some thug takes your gun, then you are in part to blame. Maintaining control means always sitting with your back to a wall, and never dropping below Condition Yellow.

If you are going to carry for part of a trip into town, then be prepared to secure your weapon if you leave it in a vehicle. Unfortunately congress enacted a wicked law that prevents any carry of post-1898 firearms or any ammunition inside of a U.S. Post Office. This is beyond bothersome. It means both parking on the street (rather than inside a post office parking lot), and locking up your gun in your vehicle before entering a post offioce. In a high crime area that necessitates buying one or two vehicle pistol lock boxes.

Please show courtesy to others, by putting them at ease. You should carry with an air of casualness and confidence. If some Special Snowflake feels intimidated by the mere sight of you being armed, then you’ve lost a point in the Public Relations War. If anyone complains, then be quick to remind them: “Your freedom of speech, including your freedom to say what you just said, is guaranteed by our right to keep and bear arms. The Second Amendment is the insurance policy for the First Amendment.”

I must underscore the fact that I am an advocate of both the Second and First Amendments. That is why I originated CFAPA.org, to provide press credentials to any adult citizen who desires them. So I recognize the right to carry a gun, and a camera. And whenever I’m covering an event as a journalist, I reserve the right to also be armed.  Just because I’m exercising my First Amendment right doesn’t mean that I have to leave my Second Amendment at home, or locked up in my car.

Permitless Concealed Carry — also known as Constitutional Carry — has gradually been re-legalized in many states.  That is encouraging. But regaining the right to carry concealed does not mean giving up the right to carry openly. I expect he Constitutional Carry trend to to continues. In some states, like Idaho, it is getting even better: There, even visiting out-of-staters may now carry openly or concealed, if they so choose.

I suggest the following:

To carry, or not to carry, and how you carry, those are all choices. And regardless of the vagaries of public opinion, or fads, or the whims of bureaucrats, the choice is yours. – JWR